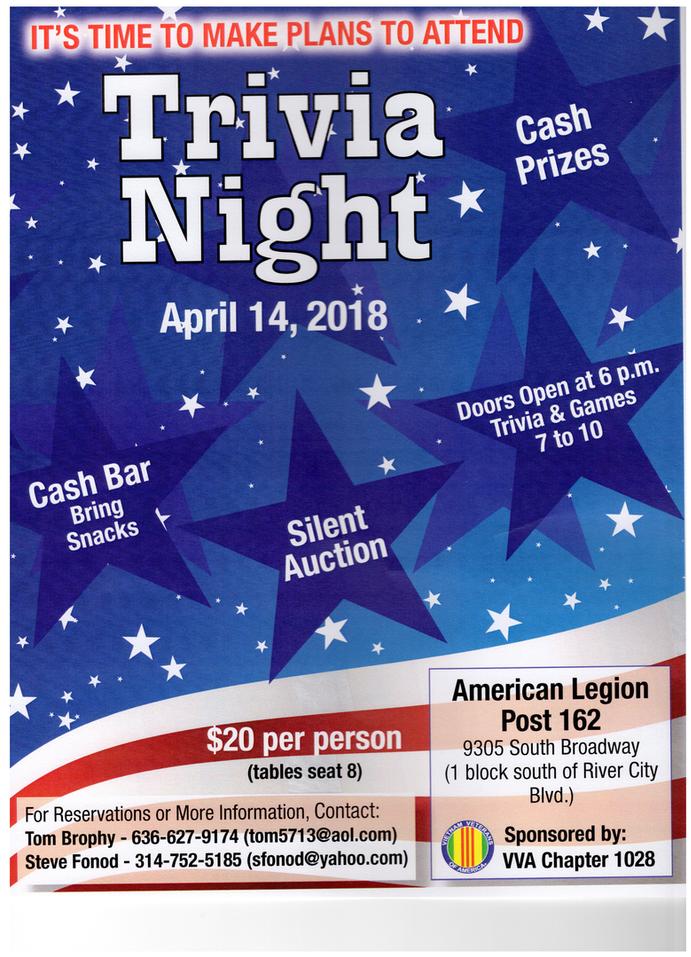 ​​​Members participating  in the Parade  are to assemble at the old KMart shopping plaza, 6650 Manchester Road, St. Louis, MO 63125, across from the Scullin Steel office (See map below) at 7:00 a.m.  Departure to the parade staging area will be shortly thereafter.

The members will be transported in an open air  trailer to the Parade staging area. (Dress appropriate for weather conditions). Parade vehicles must be in their assigned position by 8:45 a.m.

Franklin County Honor Flight wii be hosting an Honor Flight  to Washington D.C.  Twenty-six of our members will be on the May 19th flight. A group photo will be taken with a banner provided by FCHF. The banner will then be donated to the Chapter.  For more information on the Honor Flight program contact: fchonorflight.org 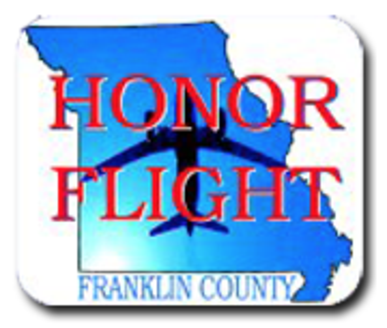 The Chapter will be participating in the Parade again this year. There is a new starting time. See details below:

The Chapter will be holding a Trivia Night Fundraiser at American Legion Post 162 in Lemay,  Saturday night April 14th from 7:00 to 10:00 p.m. See details below:

What is a Trivia Night: During a trivia night, a master of ceremonies reads trivia questions split up into different categories or rounds. The questions are then answered by different groups of people in an audience. These groups, also known as "teams" or "tables," typically consist of eight people who have paid an admission fee to participate.