On May 25th and June 15th the Chapter held fundraisers at Dierberg Stores in Fenton,  Wildwood, and Arnold. Thanks go out to all the customers who donated and to the Store Management who supported our efforts. We also thank the volunteers who gave up part of their Holiday weekend. 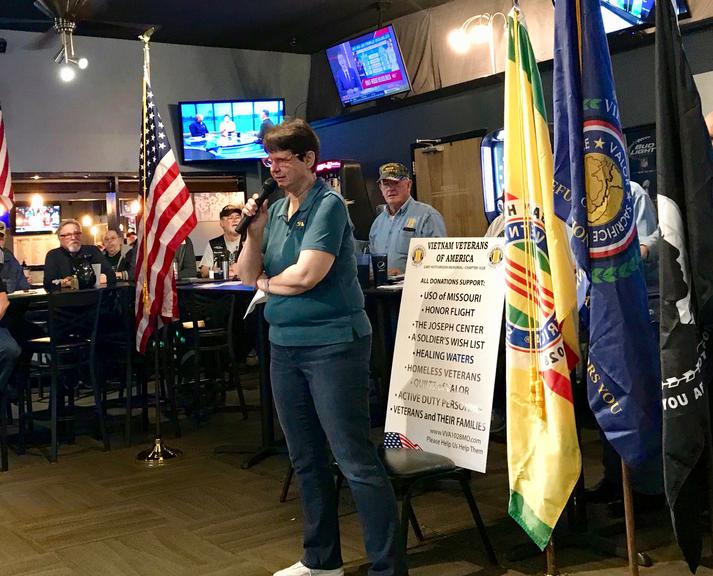 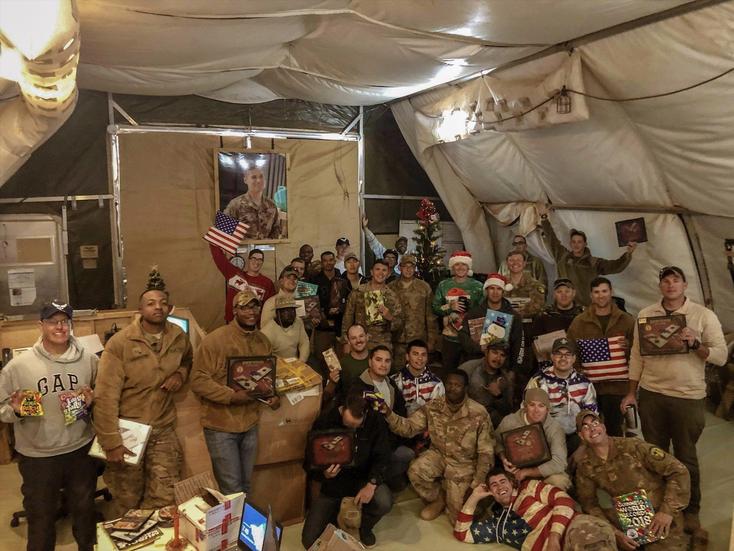 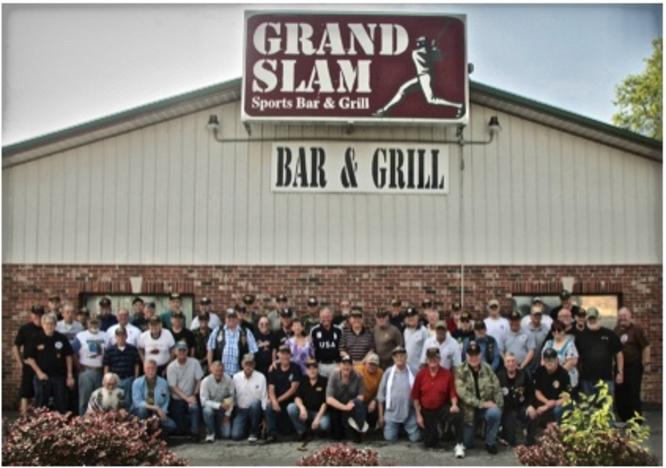 Tom Brophy and Juliann before trays of goodies Julieann brought to the meeting.

On May 14th, approximately sixty Chapter members and guest gathered at the Texas Roadhouse in  Kirkwood for dinner to show our appreciation for the restaurant's support of Trivia Night Fundraiser 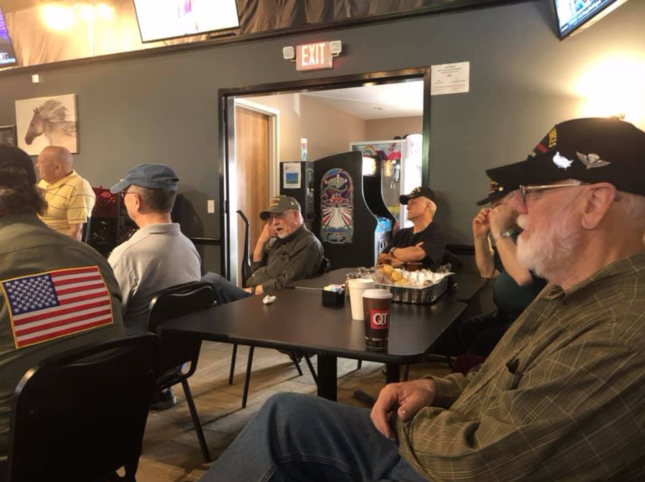 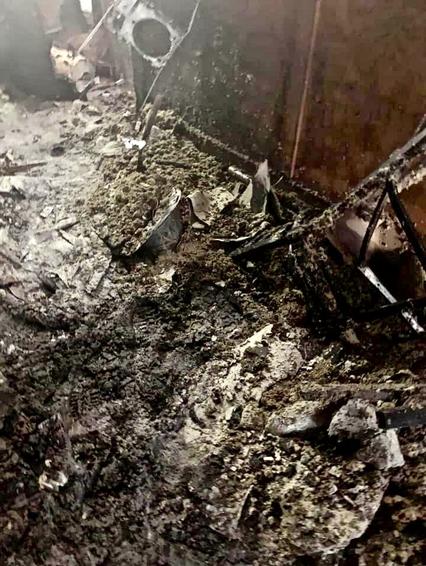 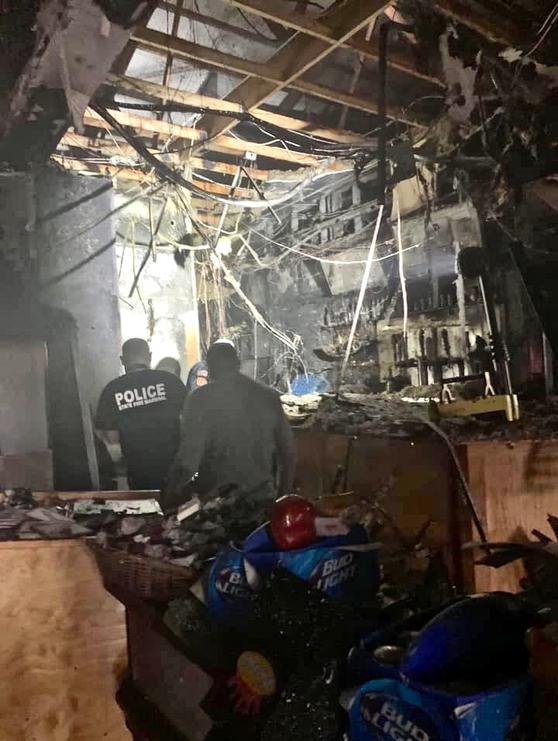 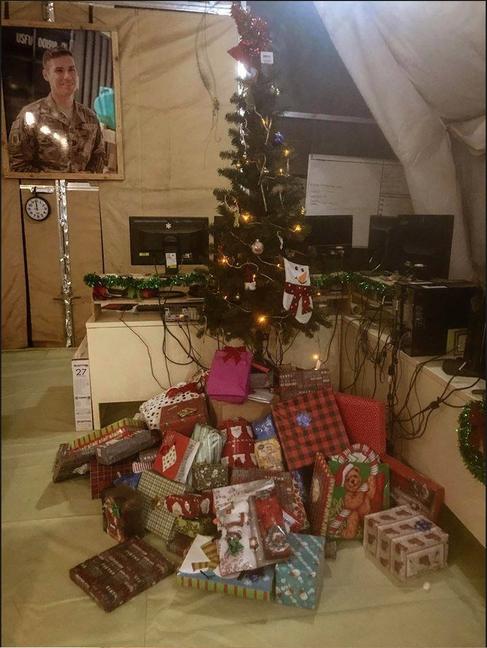 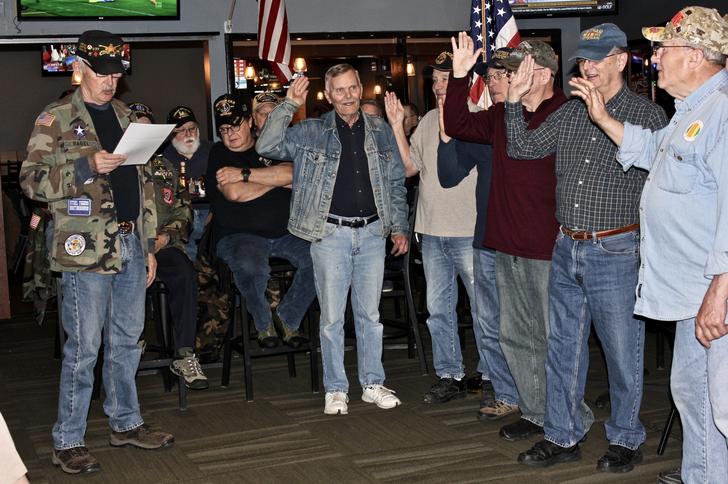 Chapter Parliamentarian Ken House reads the names of the newly elected Officers to be sworn in for their next term. 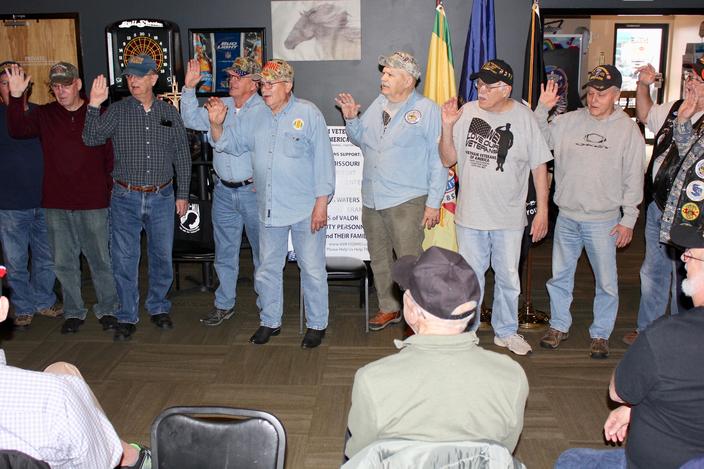 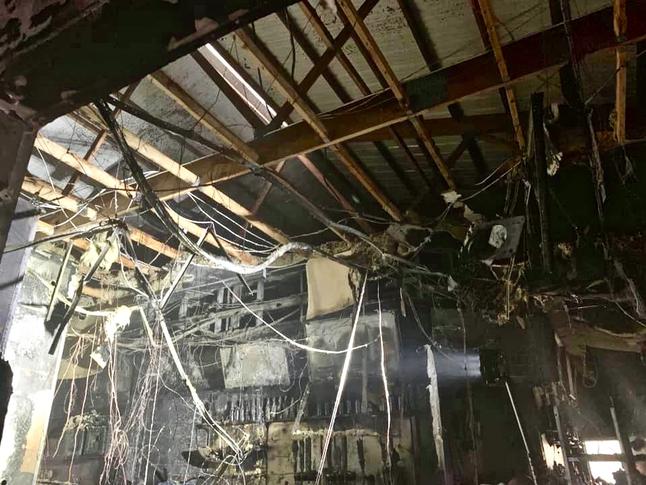 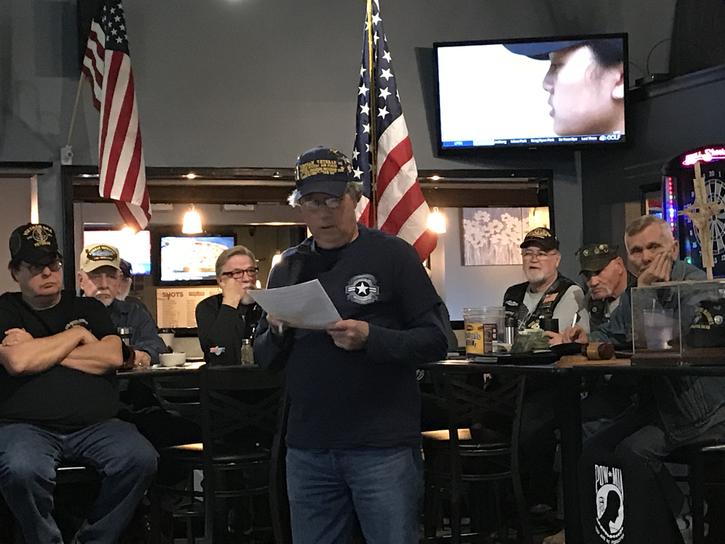 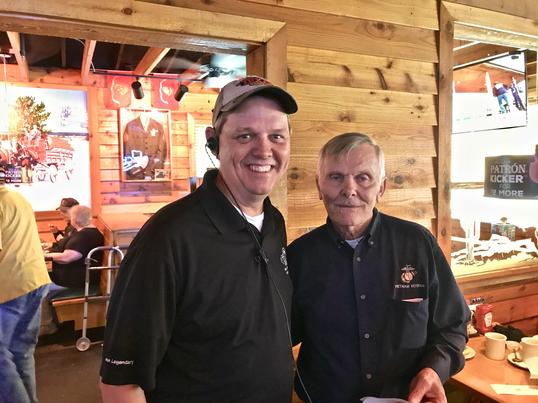 In the early morning hours of June 12th, a fire broke out in the kitchen of our meeting place, Grand Slam Bar & Grill.  Grand Slam will remain closed for a few months as it undergoes repairs. 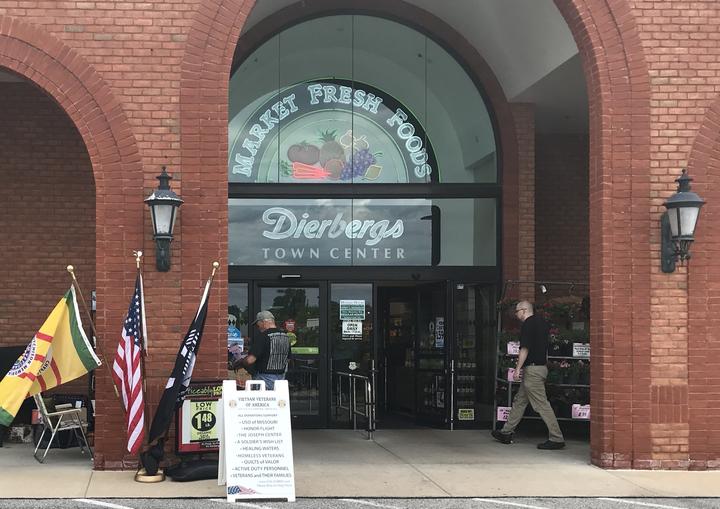 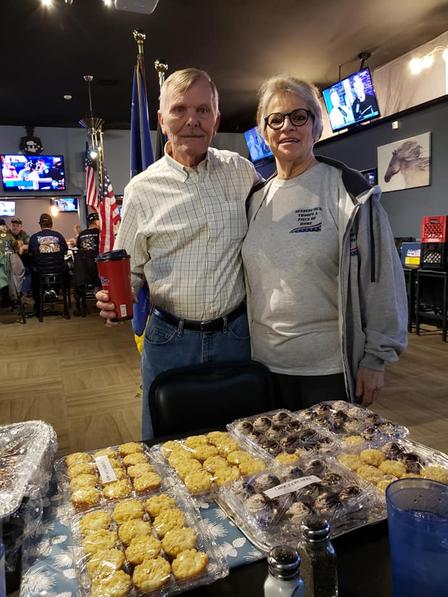 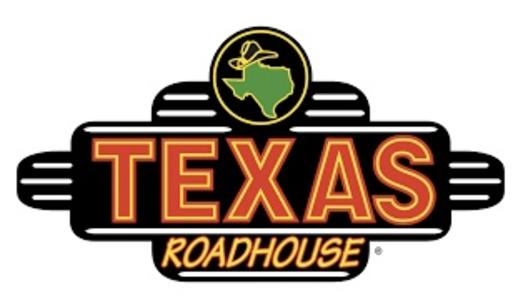 Donna Robinson of Quilts of Valor stopped by the Chapter's April 3rd meeting to express her thanks for the Chapter's support and to display some of he latest quilts produced for veterans. 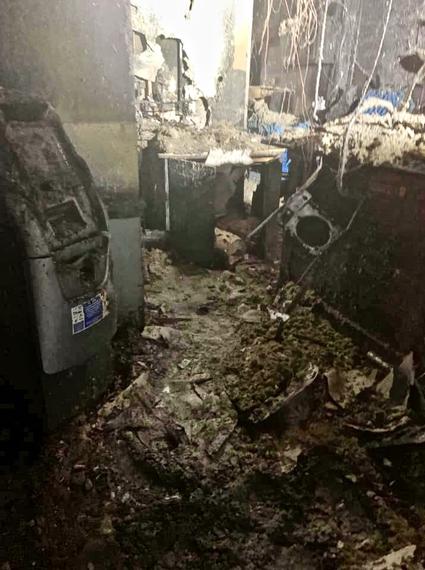 Julieann Najar, founder of "A Soldiers Wish List," visited  the Chapter's May 1st meeting to thank the members for their support throughout the year.  Earlier she forwarded a couple of Christmas photos from airman Tristian Larcom who was deployed in Africa. 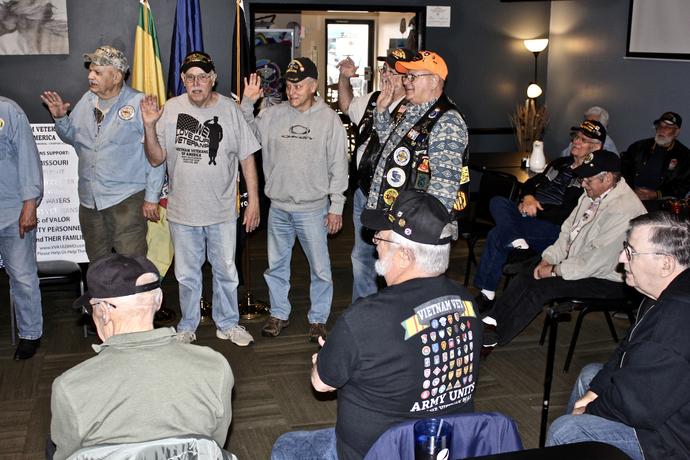 Texas Roadhouse manager Chris Spillman (L.) thanks Tom Brophy and VVA1028 members for supporting the Kirkwood restaurant.  Texas Roadhouse has been a generous contributor to our Trivia Night fundraisers 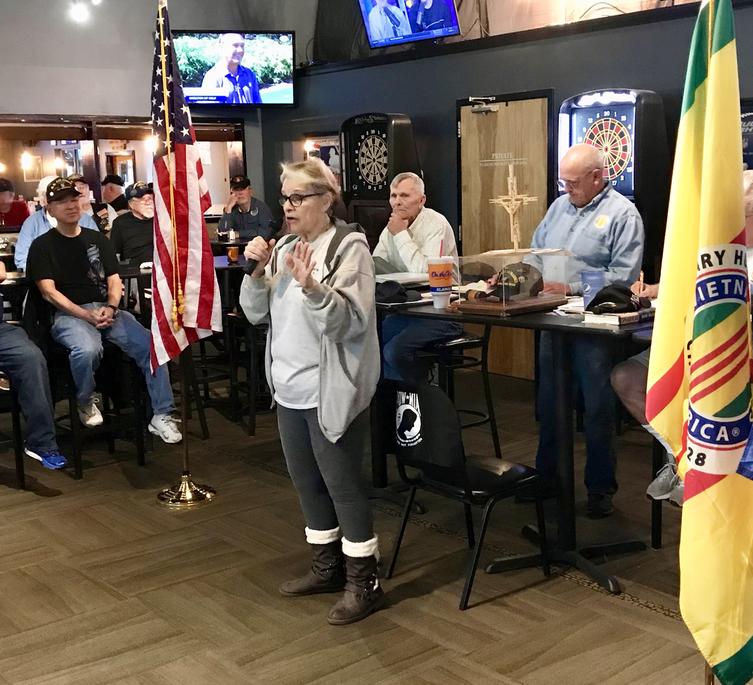