The VVA Veteran, a national magazine of the Vietnam Veterans of America, with a circulation of over 80,000 published an article about Chapter 1028's good work with the Missouri Veterans Home. 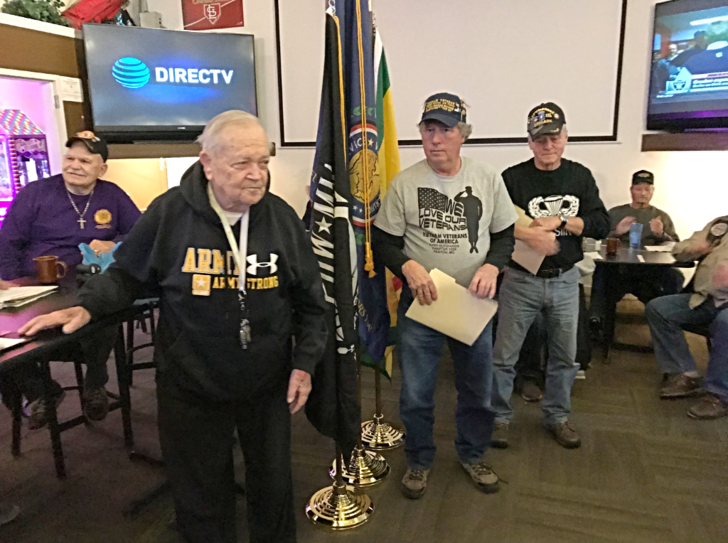 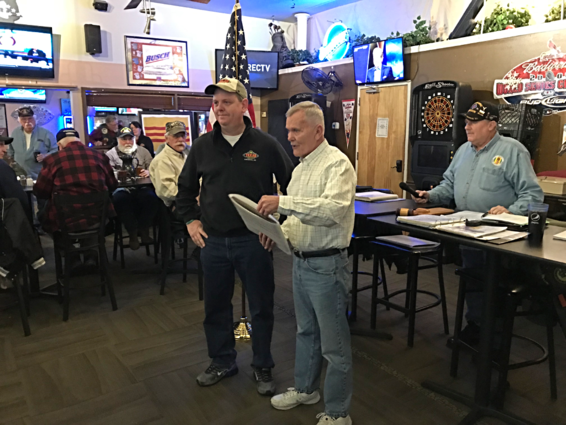 All, I had to chase our busyDon Aird down to give him his 2017 Volunteer of the Year Award, for the Missouri Veterans Home (MVH), St Louis. I caught him at the Missouri Smallmouth Alliance (MSA) meeting, demonstrating fly tying and introducing PHWFF to the MSA members. Don volunteers at the veterans home in North County as well as the 3:00 pm Monday, VMAC Jefferson Barracks fly tying secession. Don regularly volunteers at veteran fishing outings, assisting disabled veterans to enjoy their time in nature on beautiful Missouri streams. He is a US Army Vietnam veteran and member of VVA Chapter 1028 which raises funds for PHWFF and other worthy causes. At Don’s prompting, the VVA began inviting residents from the MVH to regular breakfasts outings. He also helps provide Military Honors at veterans graveside burials and volunteers at the annual Marine Corp Toys for Tots drive each year. These are just a few of Don’s accomplishments, more than enough to nominate Don for this honor. He is a great ambassador for PHWFF.
Some of the VMAC 6:00 pm volunteer group may not know Don but I hope you get a chance to meet and congratulate him for this award.
Peace,
Terry Pierce
PHWFF PL, Missouri Veterans Home, St Louis. 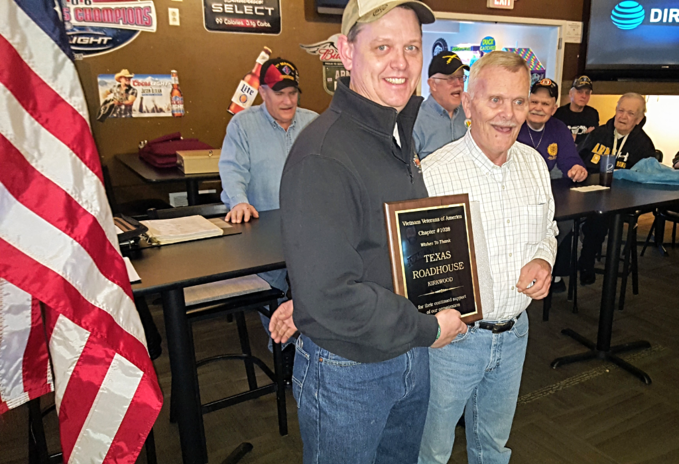 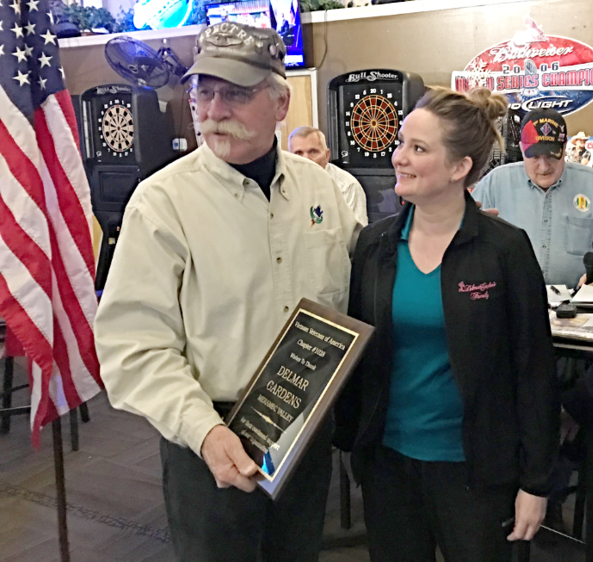 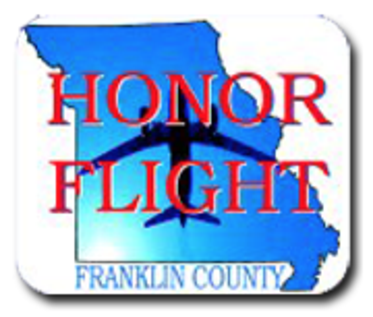 ​The Chapter again participated in the annual St. Patrick's Day Parade in Dogtown.  See additional photos and a video at the St. Pats Parade menu tab. 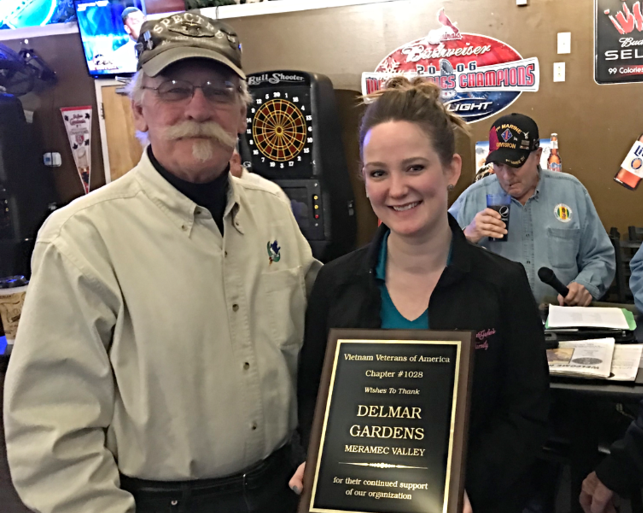 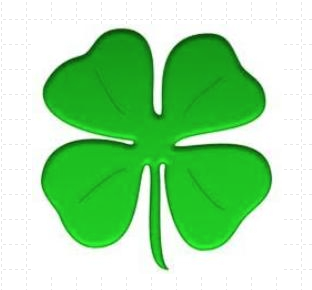 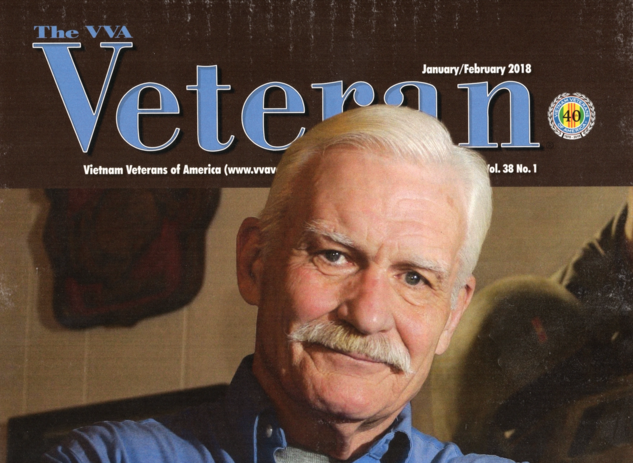 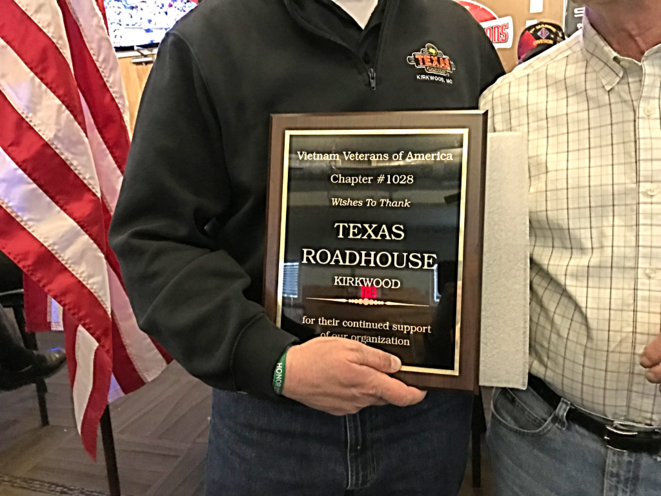 Chapter Member Dennis Bivens presents Ashley Anthony of Delmar Gardens with an award of appreciation for their support of the Chapter. 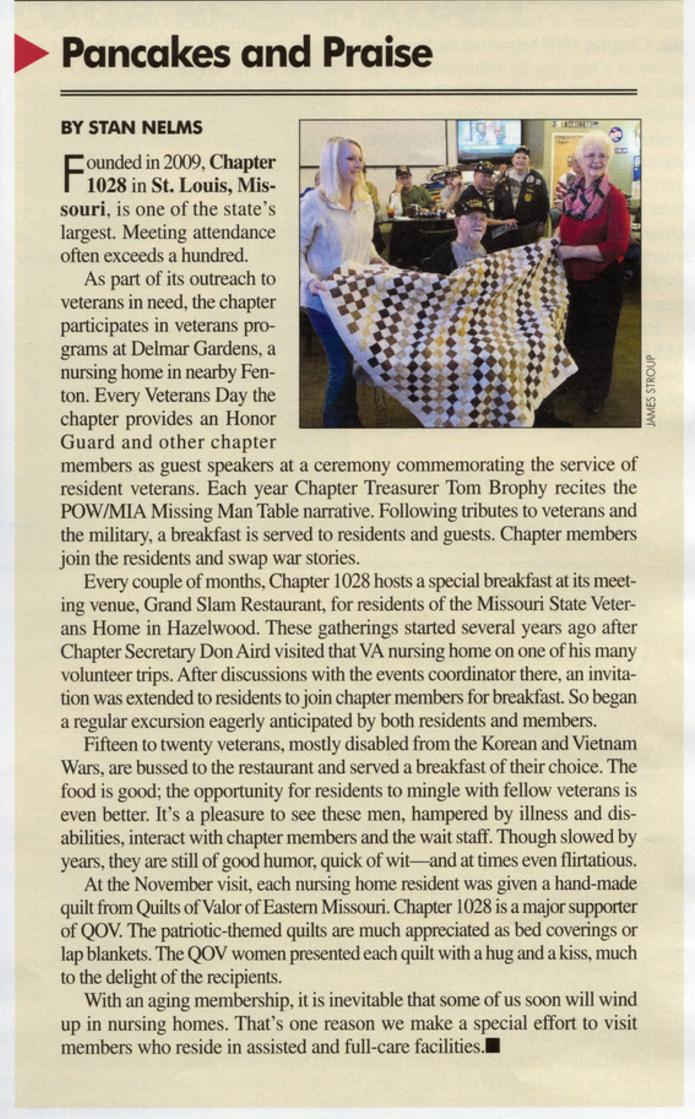 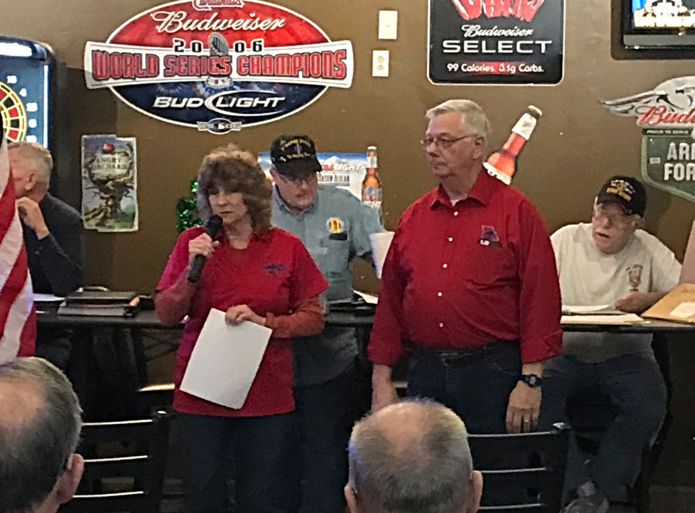 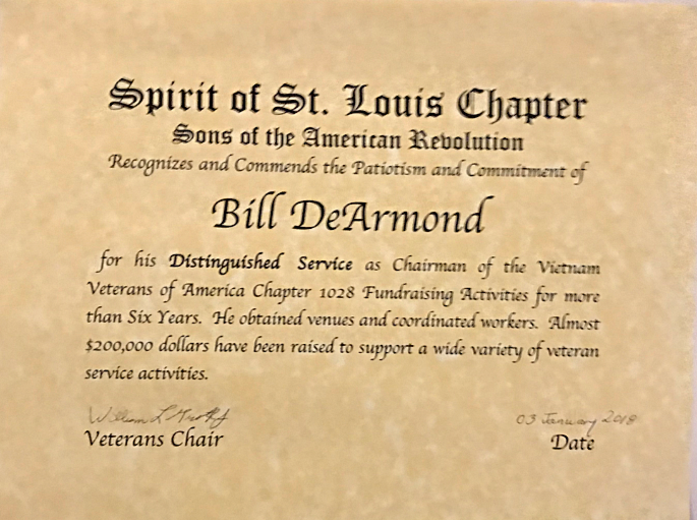 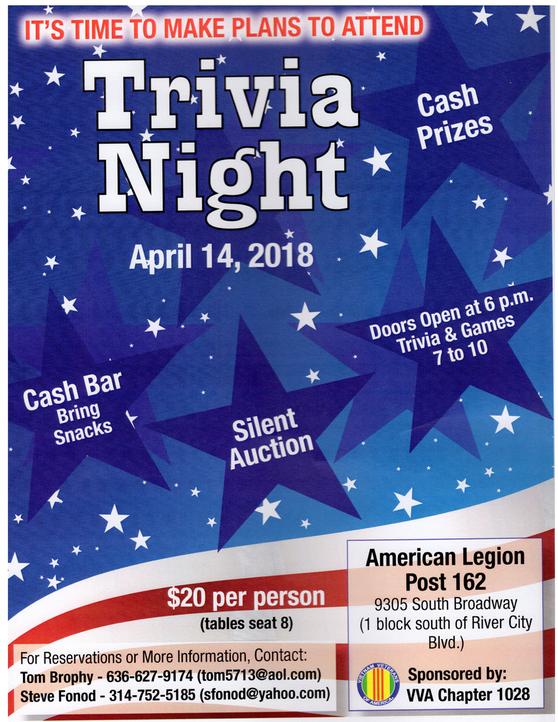 Member Bill Groth representingSons of the American Revolution, presents Certificates of Commendation to Chapter members Bill DeArmond, Ken House, and Don Aird for their work on behalf of the Chapter. 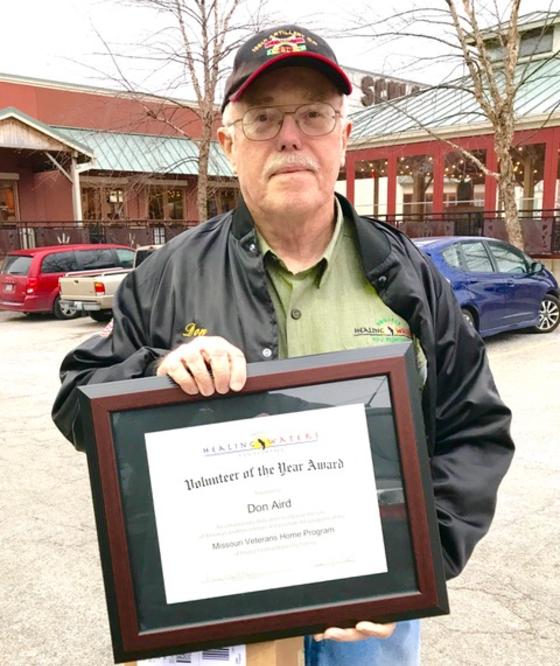 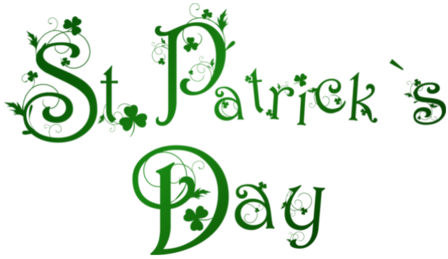 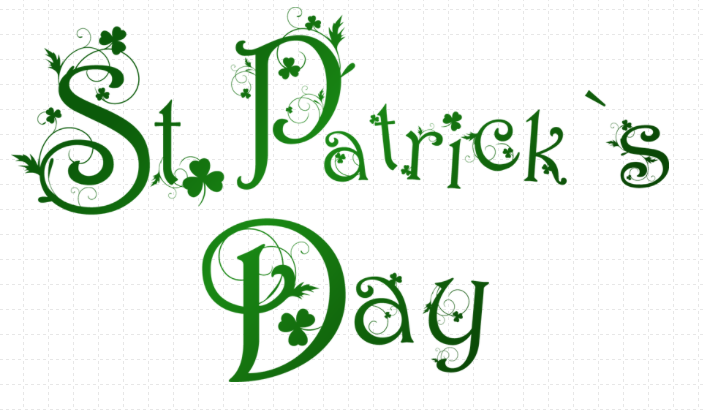 The Chapter's second Trivia Night is scheduled for April 14th.  We encourage all members and friends to join us at this fun event. The more, the merrier! See details below. 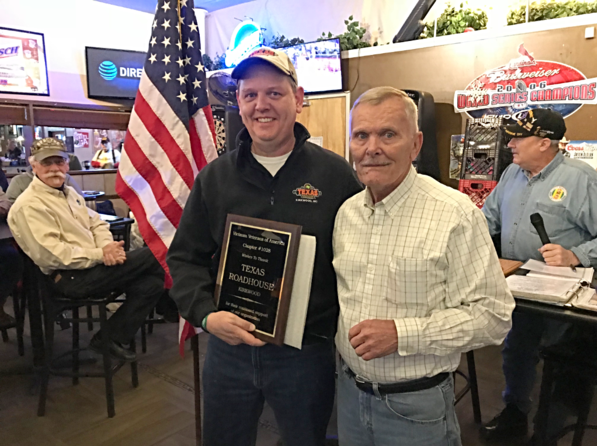 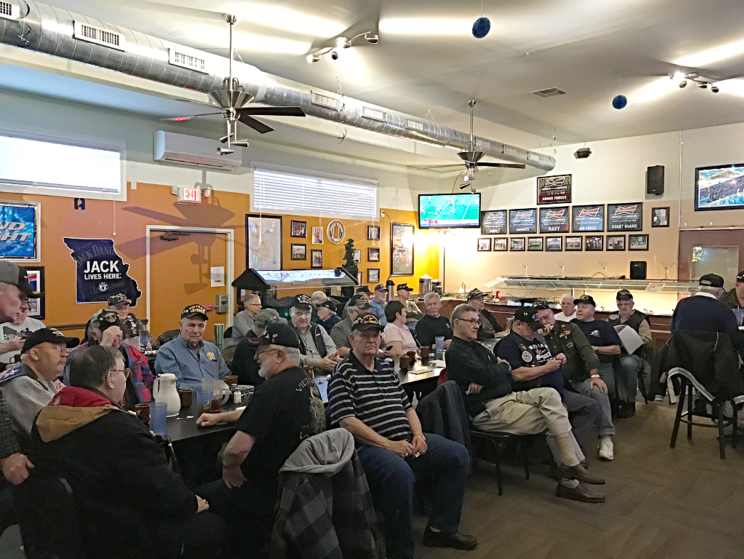 Rosalie McGaugh of Franklin County Honor Flight presented details of the upcoming flight to Washington D.C.  Twenty-six of our members will be on the May 19th flight. The flight is dedicated to the memory of Greg "Cowboy" Grass who was scheduled to make the trip. A group photo will be taken with a banner provided by FCHF. The banner will then be donated to the Chapter.  For more information on the Honor Flight program contact: fchonorflight.org