Below is a history of Webster University's Veterans Educational program featuring one of its star pupils. 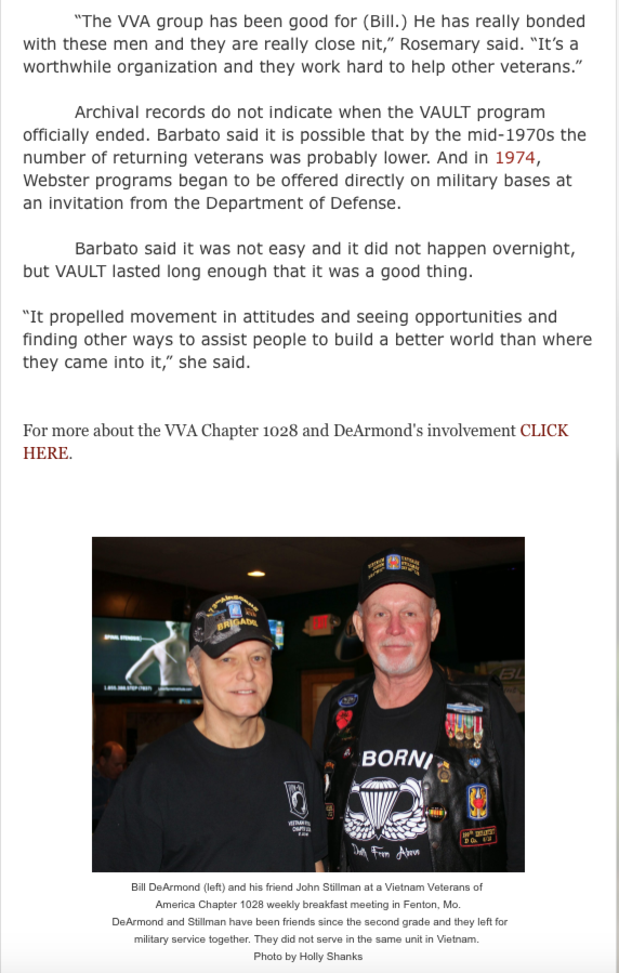 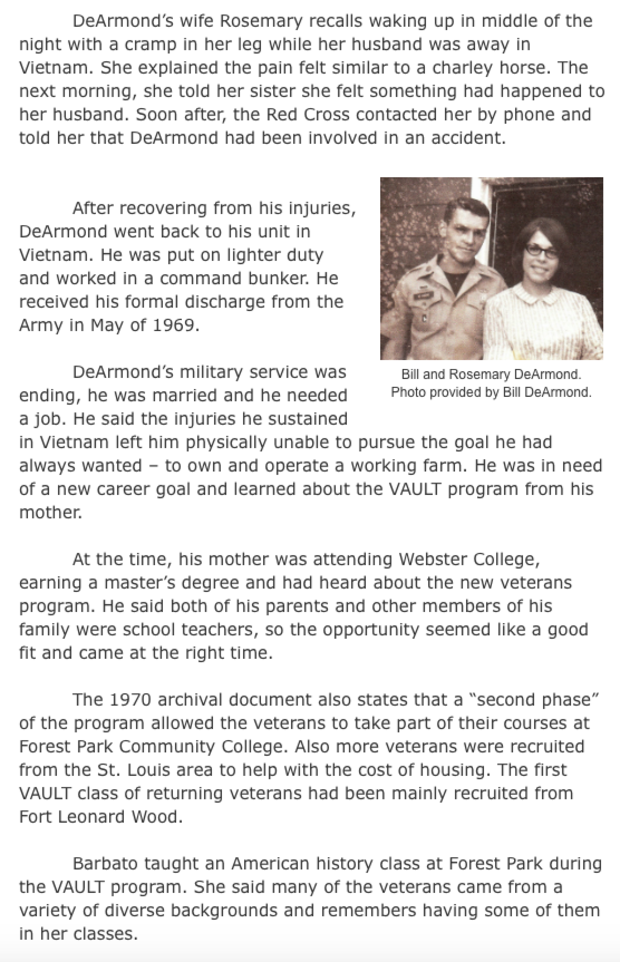 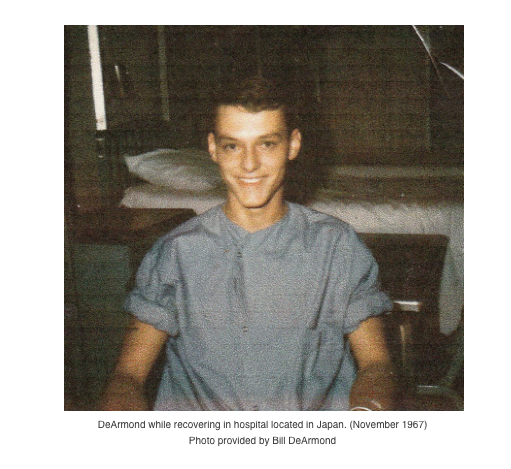 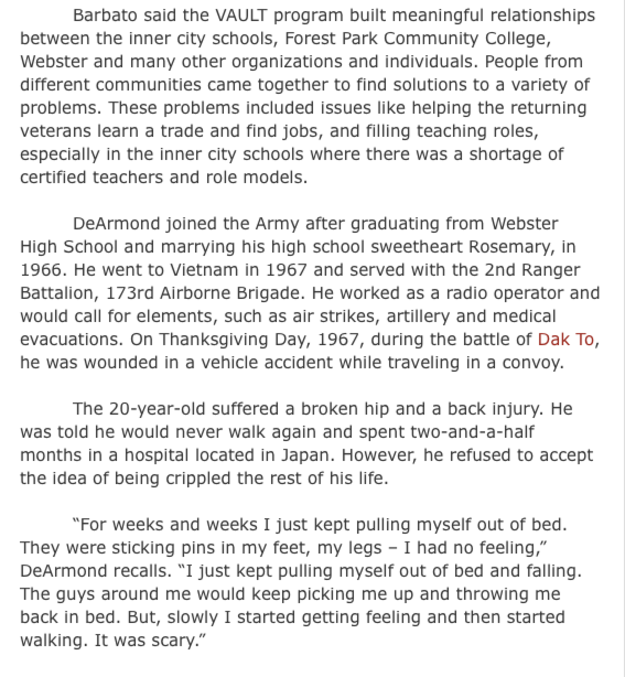 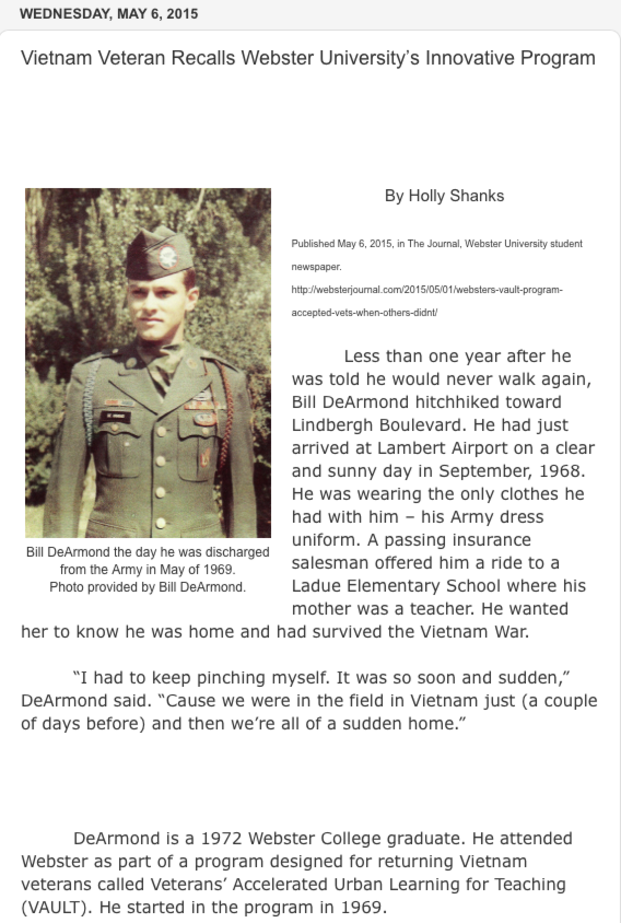 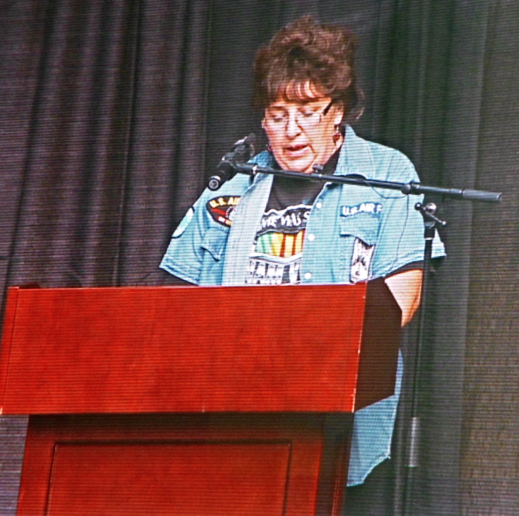 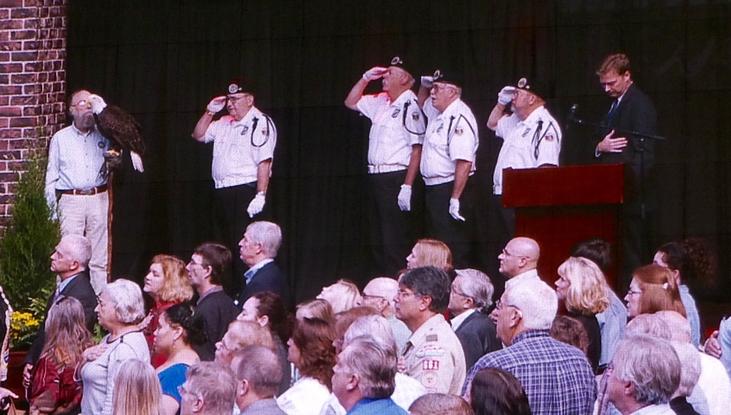 On September 12th, the World Bird Sanctuary held a  memorial service for  VVA 1028 Chapter Member Walter Crawford.  The service at the Ballpark Village in downtown St. Louis was attended by the many friends and associates of Walter.   The Chapter's Honor Guard was in attendance along with many other Chapter members.  Member Diane Beineke read a poem at the ceremony.  A long time friend of Walter, TV personality Jack Hanna, Director Emeritus of the Columbus Zoo sent in a video offering his condolences. 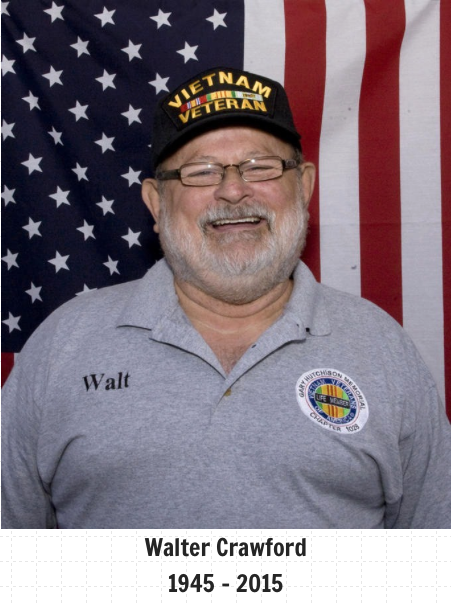 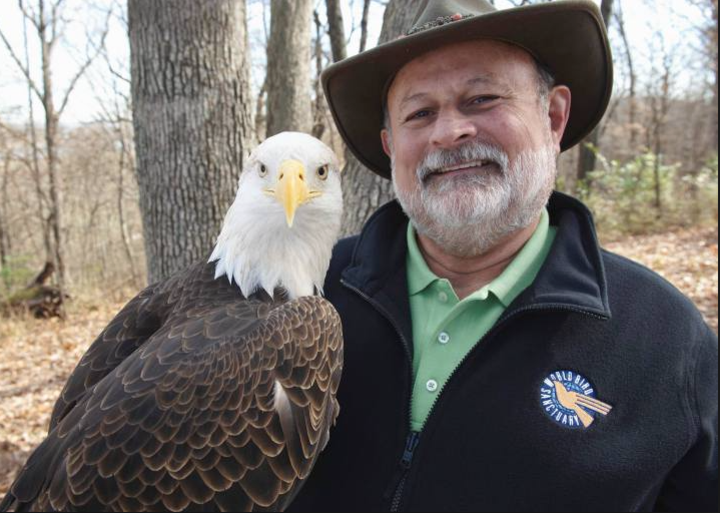 The Chapter hosted a breakfast for residents of the Missouri Veterans Home in St. Louis.

On September 5th and 6th the Chapter held a fundraiser at Walmart's Highland Store in Manchester, MO.  We thank the store manager and their patrons for their support.  Below are photos of some of the members who sacrificed part of their Labor Day weekend.

Gone, but not Forgotten 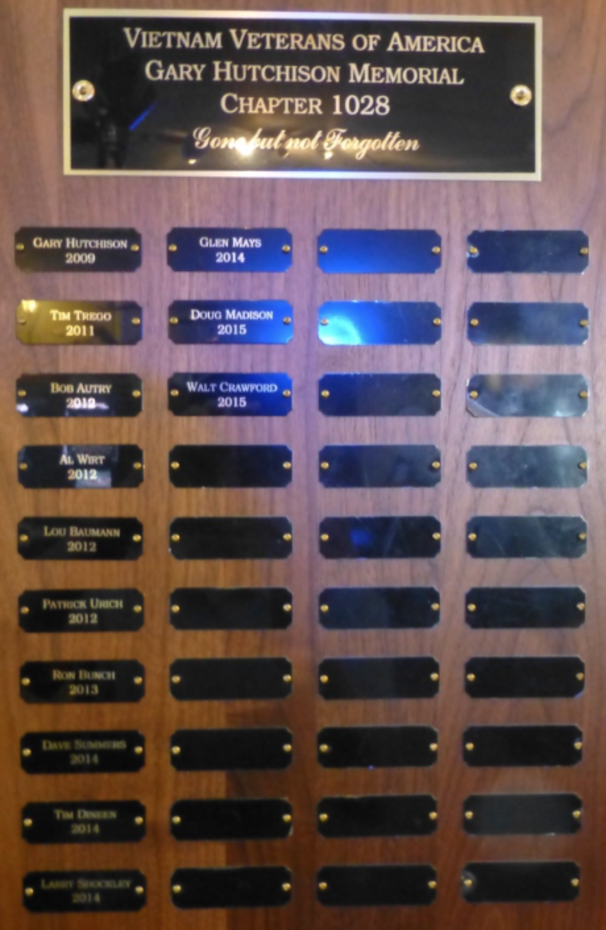 Gregg Follmer (L.) assists Bill Harding (R.) in displaying an Air Force blanket.  The blanket was a gift to Bill from fellow Airman and VVA member Ken House.   Bill and Ken are old neighborhood friends and now celebrate their birthdays together.  They had enlisted separately without knowledge of the other. By chance, the two young airman ran into each other as they waited in line at a telephone center to call home. 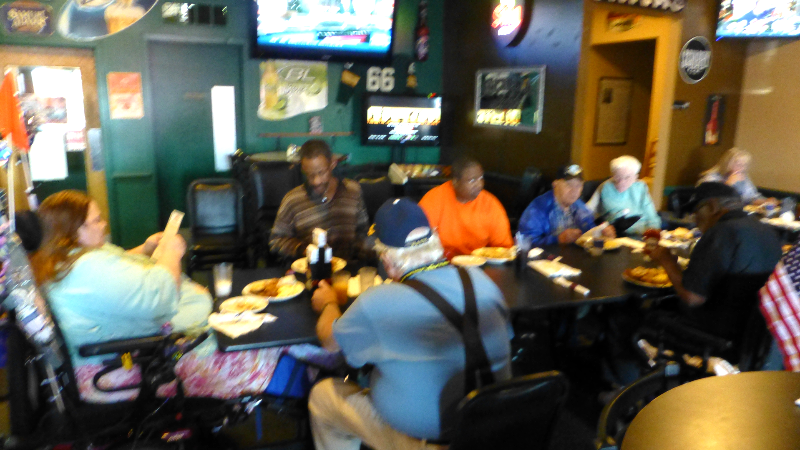 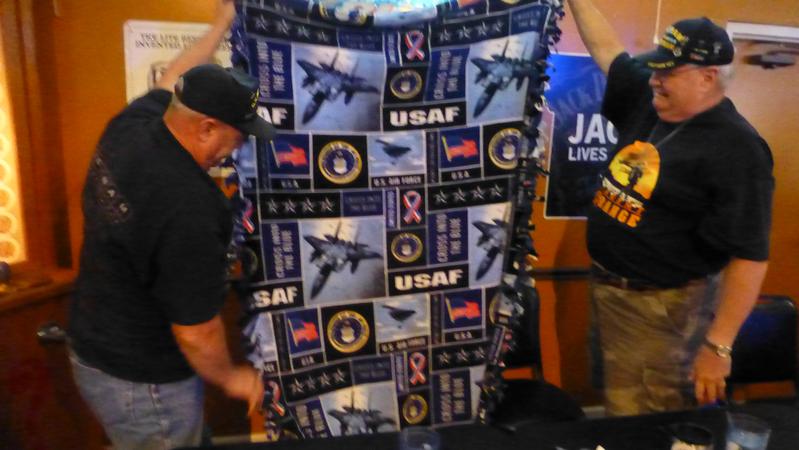 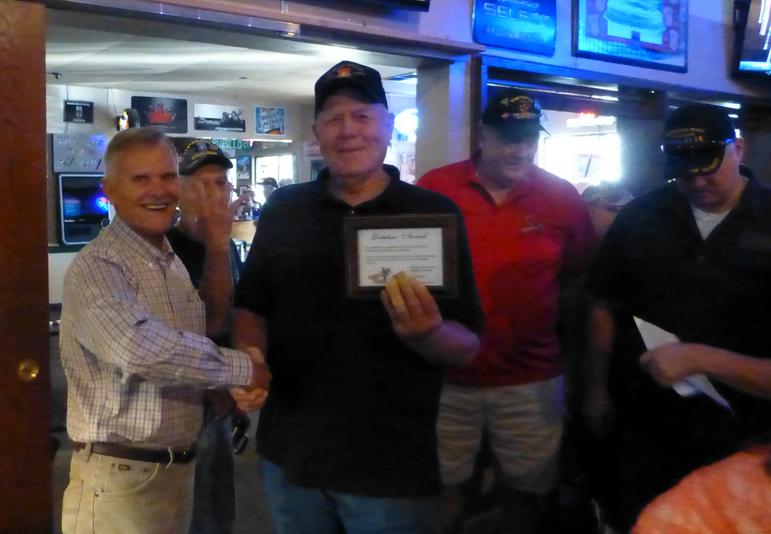 Russ Whitener was presented with the following  award for his  actions while mowing the lawn.  It is never a good idea to use  your hands to investigate a blockage of the grass catcher when the blades are spinning.

At the Breakfast Meeting August 12th 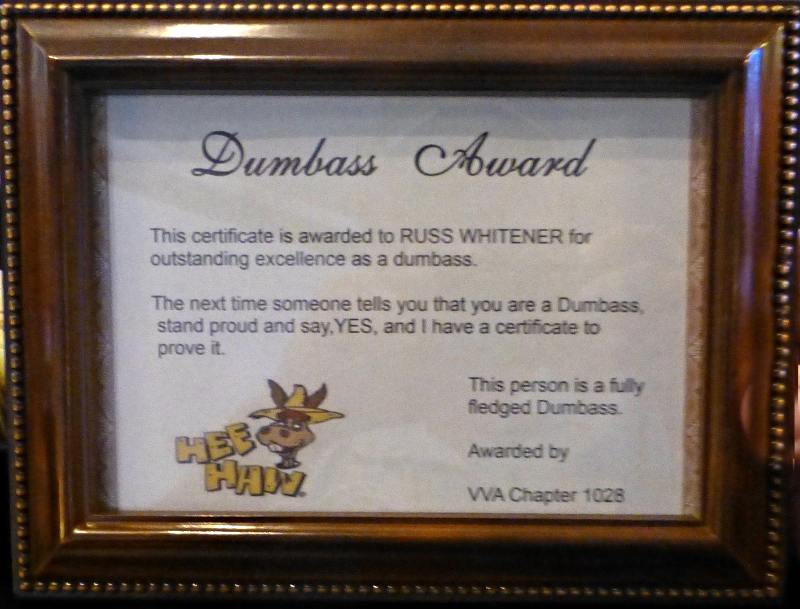 Charles Stapleton, Missouri State Council President of Vietnam Veterans of America, visited our Chapter for our monthly meeting.  Mister Stapleton was impressed by the large turnout and growth our young Chapter has made in six years.​ 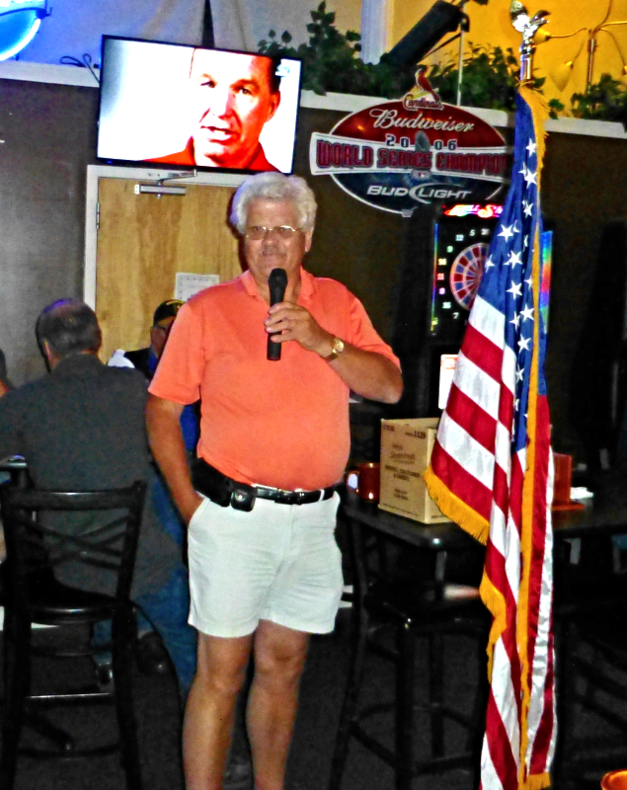 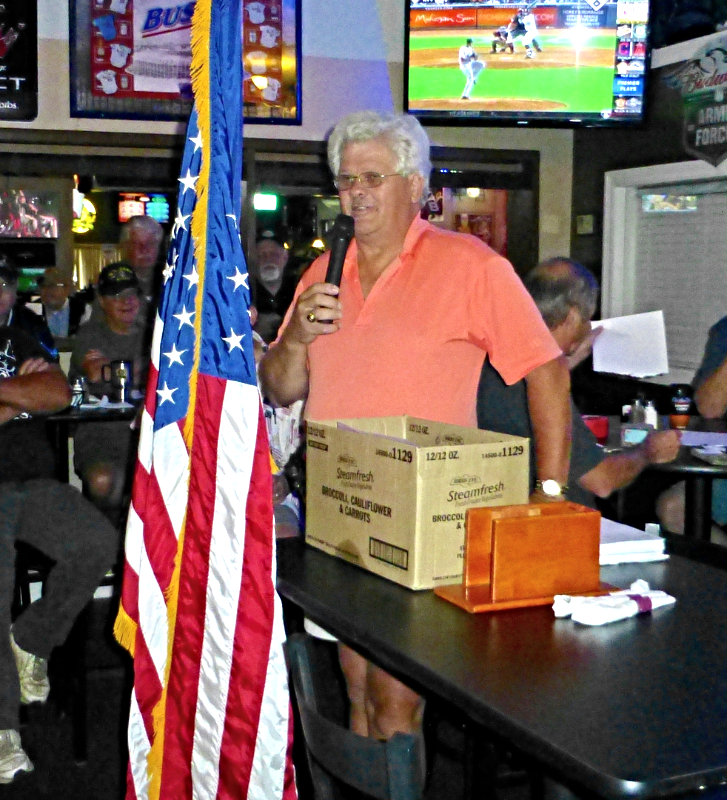 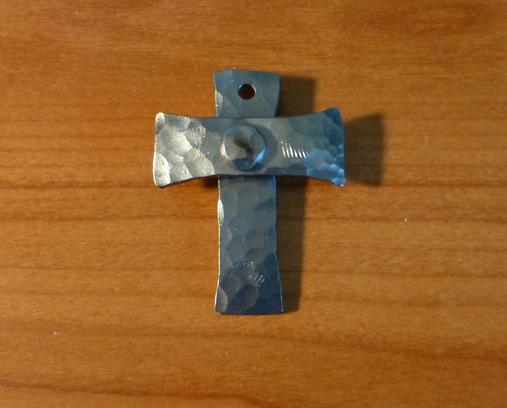 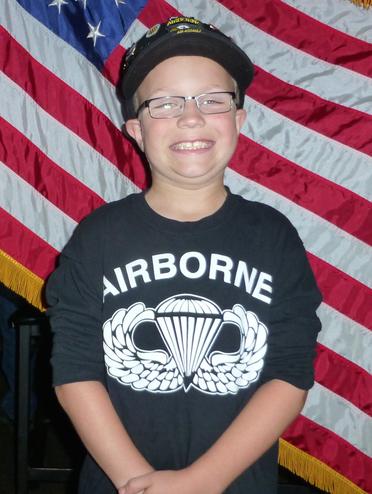 Amy Moore of Sunnyhill Inc. talks about her organization's work with disabled individuals, including veterans. 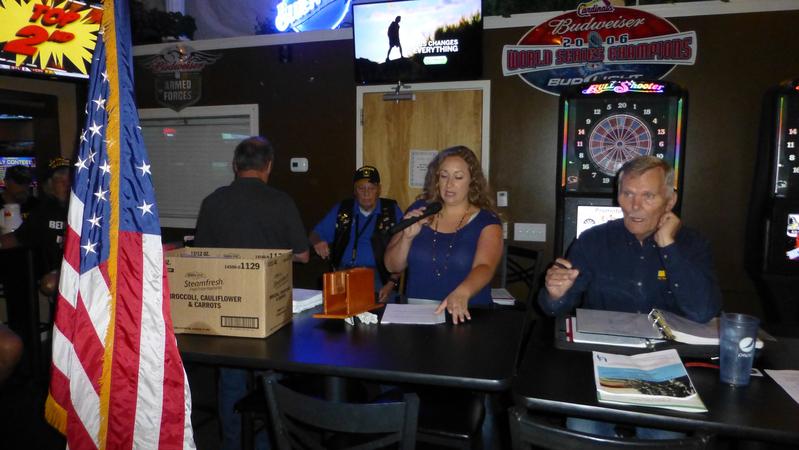 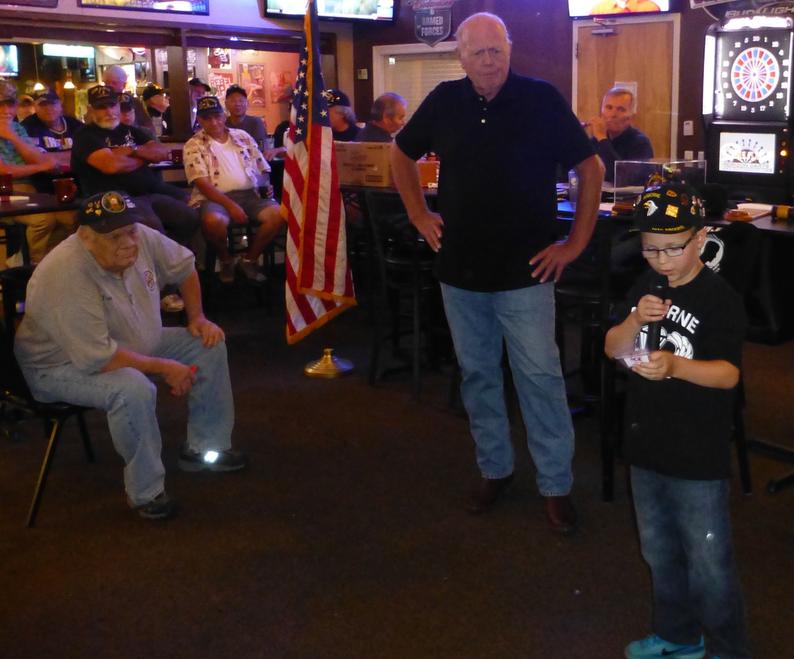 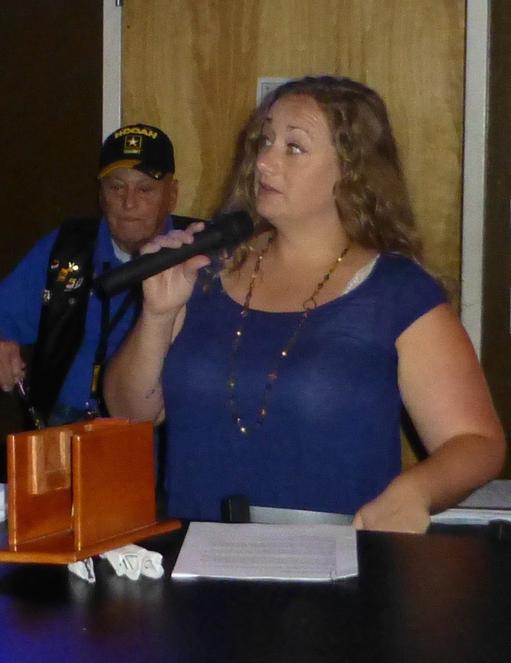 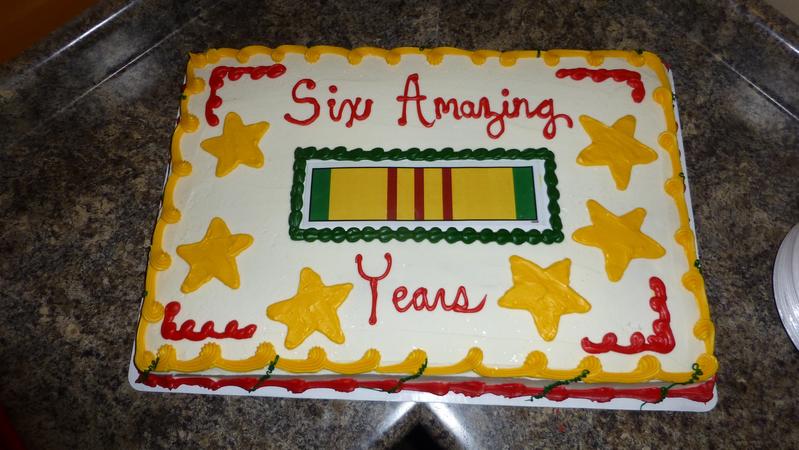 At the August 5th meeting the Chapter celebrated its 6th year as an organization.  The chapter has grown from a handful of original members to an amazing 200 plus.

Over the Independence Day weekend the Chapter held fundraisers at Sam's Club in Melville and the Walmart in Manchester. We thank the store managers and their patrons for their support.  Below are photos of some of the members who sacrificed part of their holiday.