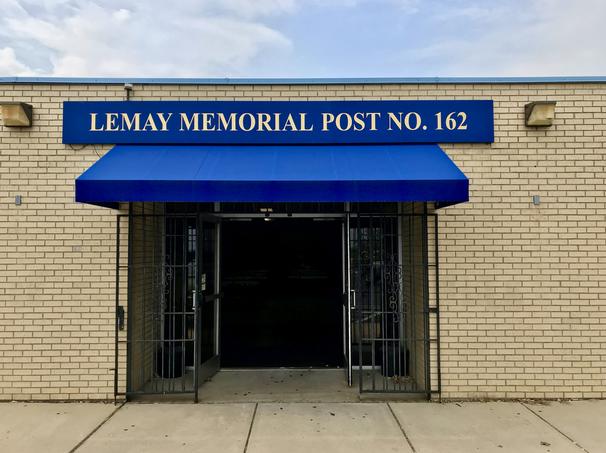 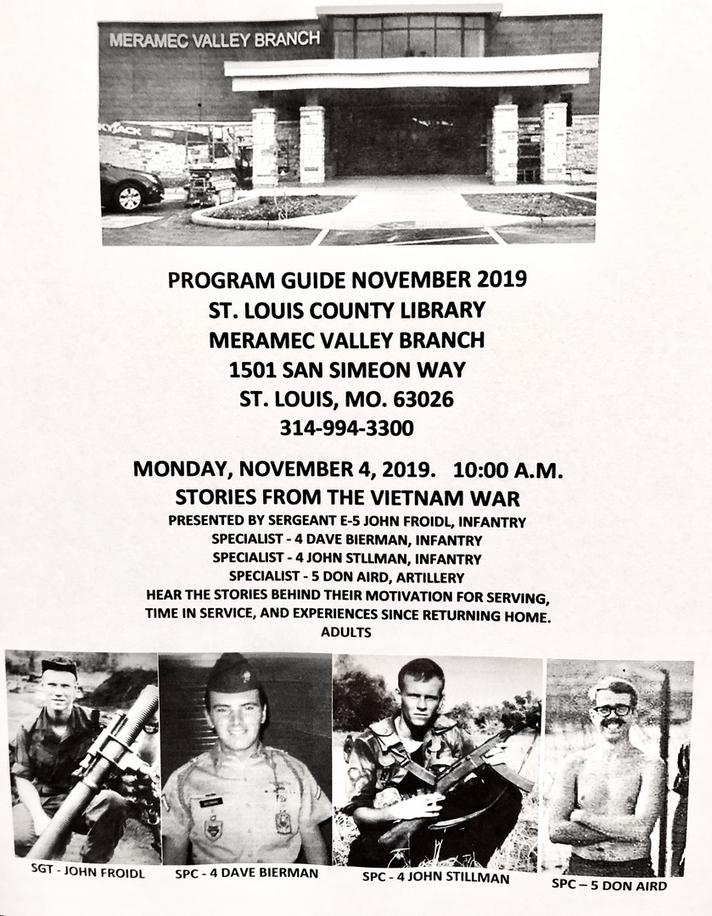 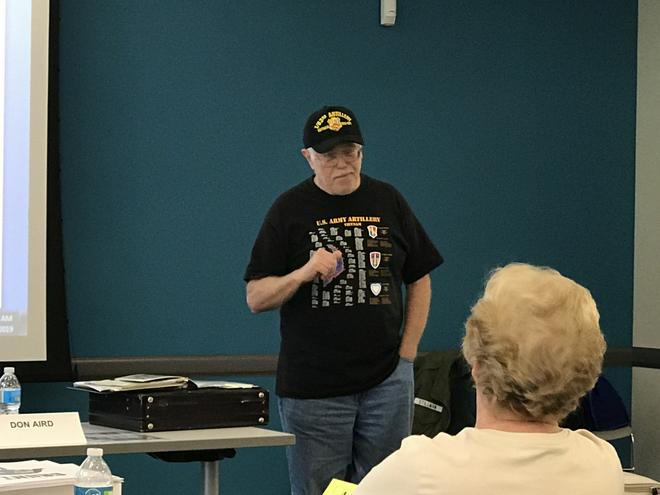 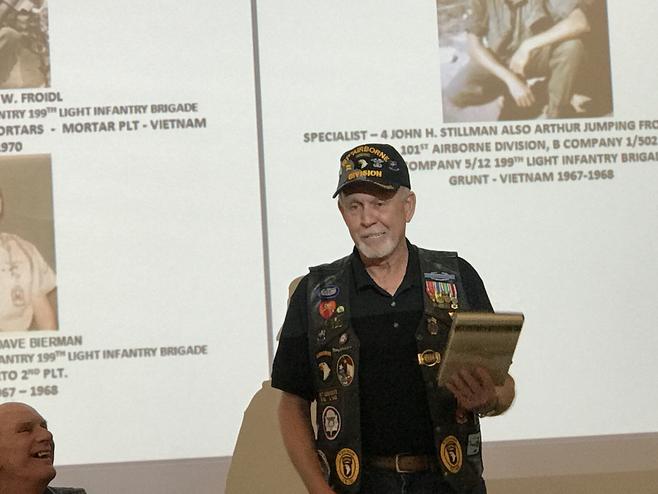 The Chapter held its third annual Christmas party on December 19th.  The event was held at the Genesis Banquet Center on Telegraph Road in South County.  Thanks to Gregg and Kathy Follmer and everyone else who helped organize the party.  The venue was comfortable, the food great.   A good time was had by  all. 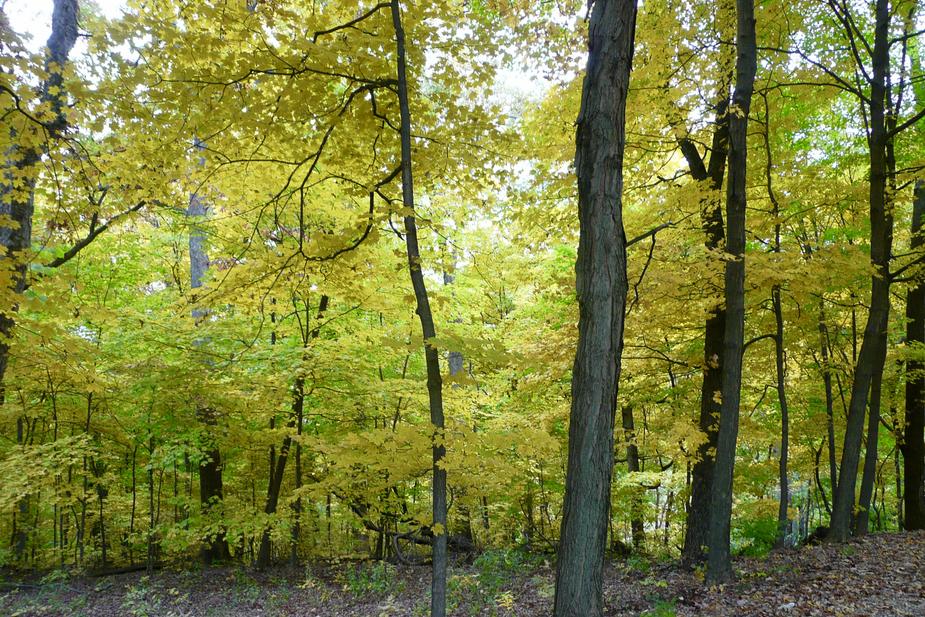 Below is a list of generous Corporate sponsors  who donated the many gifts for our drawings throughout the evening. Please patronize them whenever possible.

On October 5th the Chapter held its fourth Trivia Night Fundraiser at American Legion Post 162 in Lemay. The event was a huge success for the Chapter. Twenty-three tables were filled with members and friends of VVA 1028.  Thank you to all. 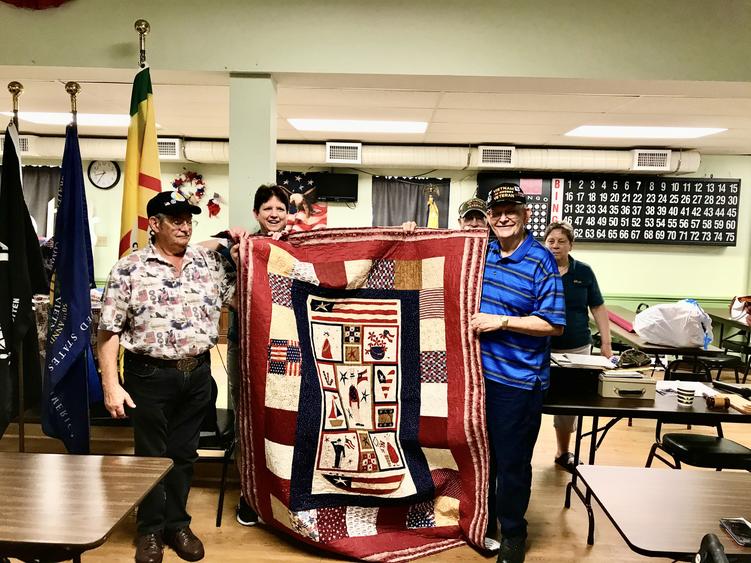 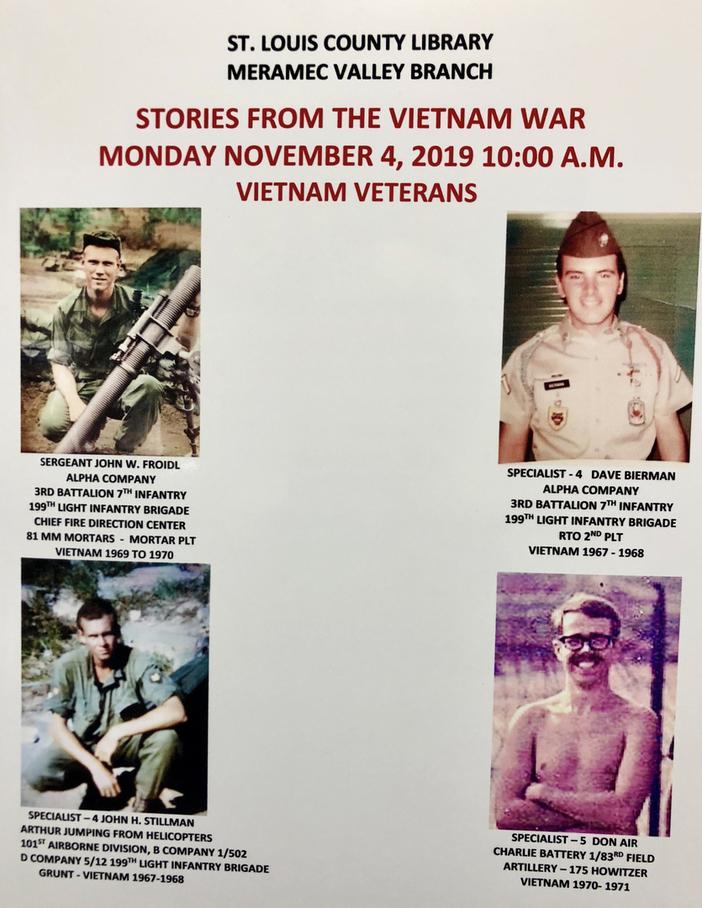 On November 9th the Chapter held a fundraiser at the Dierberg stores in Wildwood and Fenton. Thanks go out to all the customers who donated, and to the Store Management who supported our efforts.  We also thank the volunteers who gave up their Saturday, some of whom are pictured below. 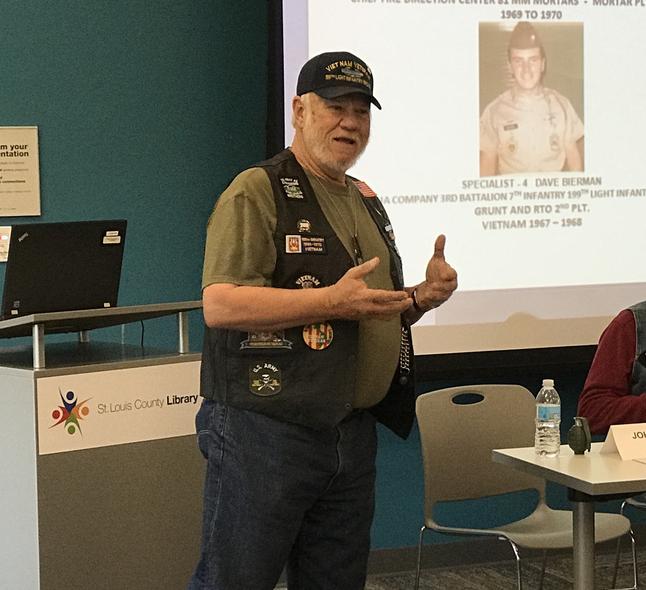 In every fundraiser there are a handful of volunteers that make the event a success. This Trivia night our thanks go out to: Chief Coordinator/ Organizer, Tom Brophy and his supporting cast  that arrived early and stayed late into the night:  Bill De Armond, Don Aird, Dan Crowe, John Byrd, Stan Nelms, Ken House, Dennis Bivens, Norm Franklin, Lloyd Wilson. 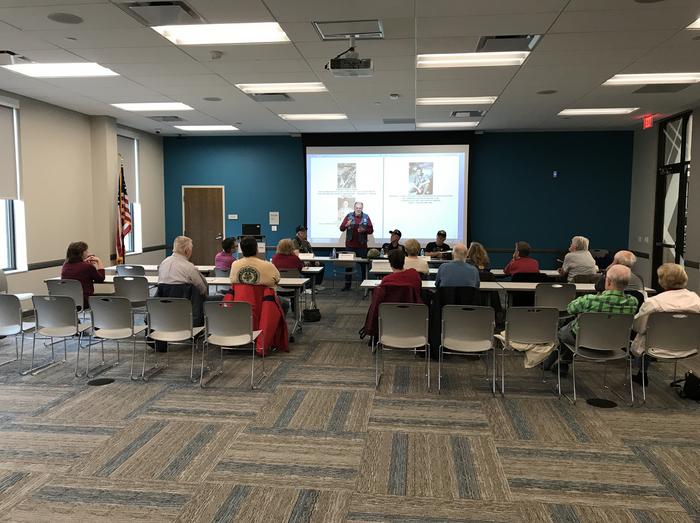 On November 4th, four members of the Chapter made a presentation at the Meramec Valley Branch Library in Fenton. The speakers: John Froidl, Dave Bierman, Don Aird and John Stillman spoke about their Vietnam experiences in-country, and  adjustment to civilian life after Vietnam. Included in the presentation were various weapons and gear used by the soldiers in Vietnam. 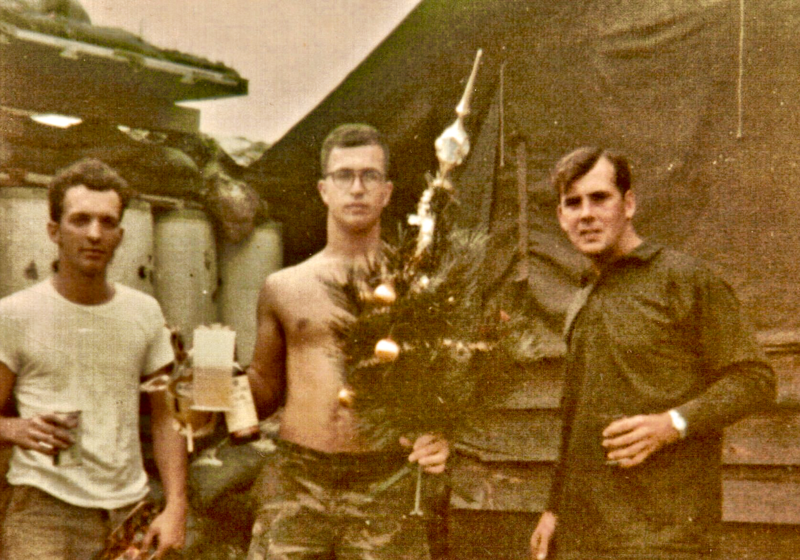 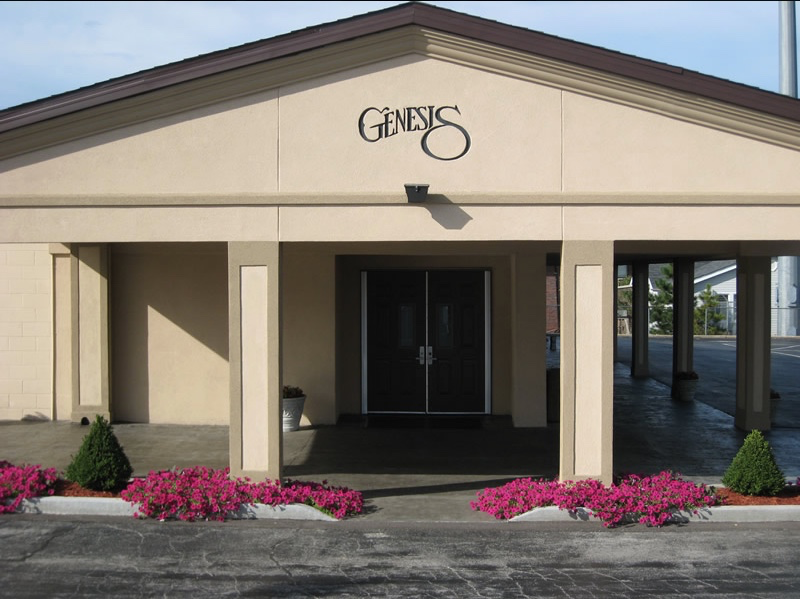 Jackie Cooper (R) is recognized with a Quilt from the ladies of Quilts of Valor for his service to his country and Chapter VVA1028. 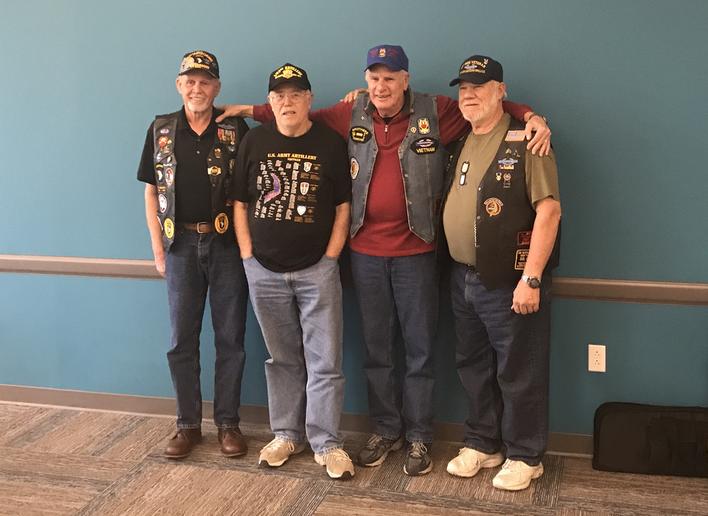 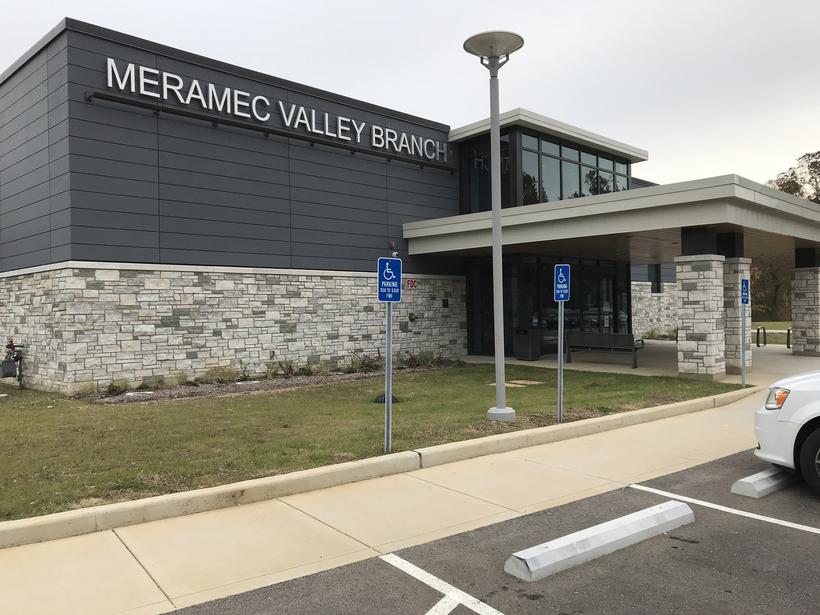 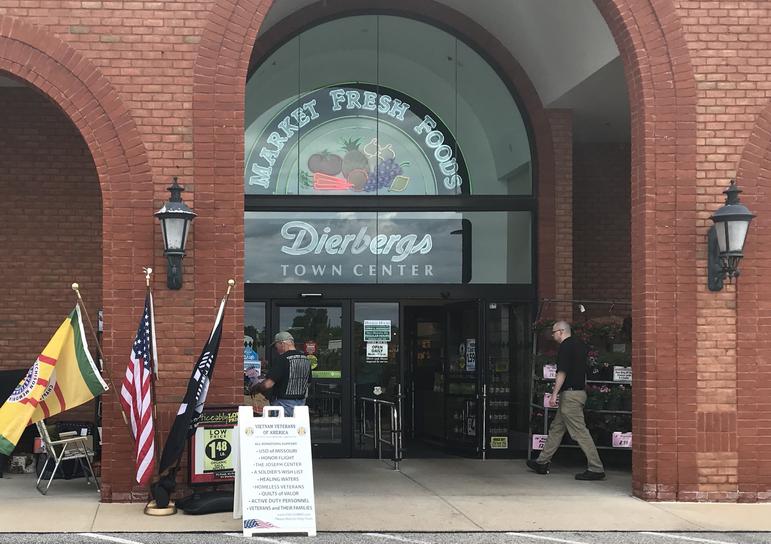 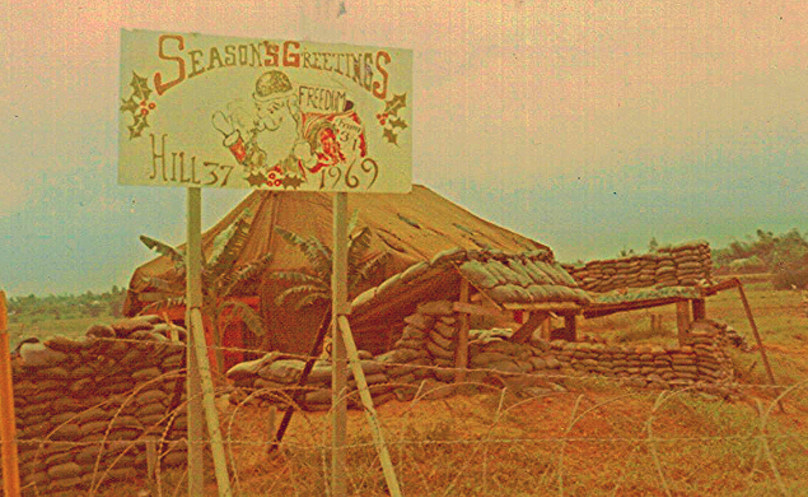 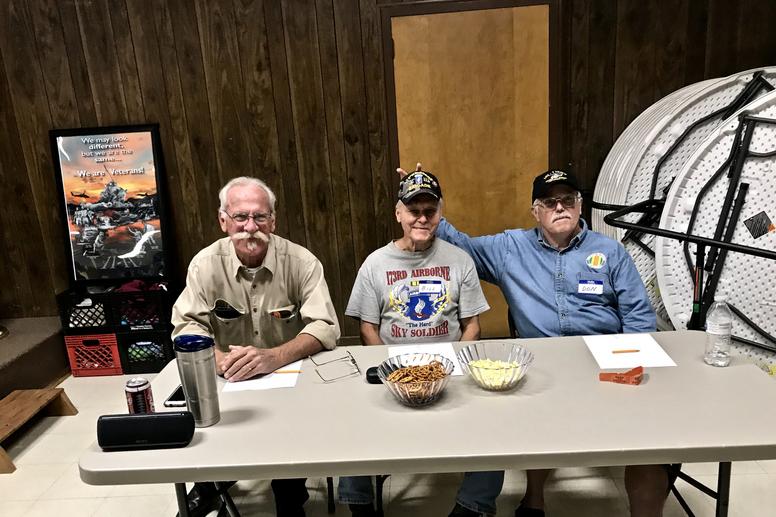 ​The silent auction was a huge success thanks to the contribution of our members and their families who donated valuable unique gifts; many of them handcrafted. 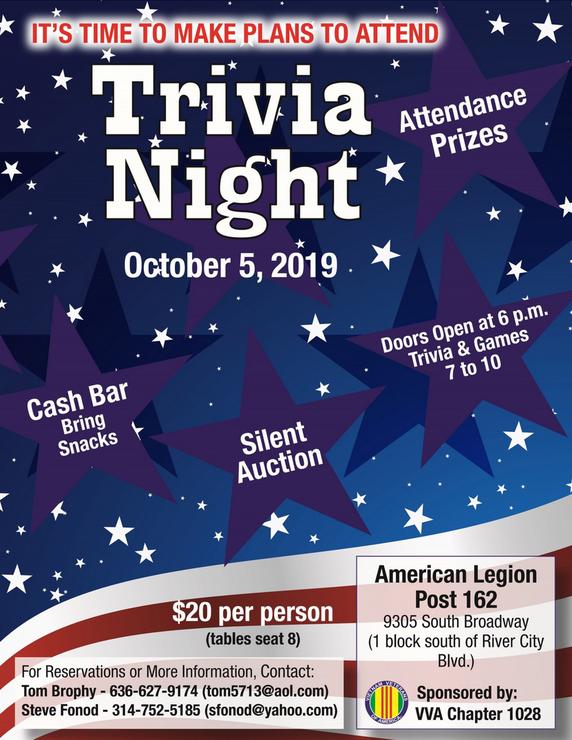 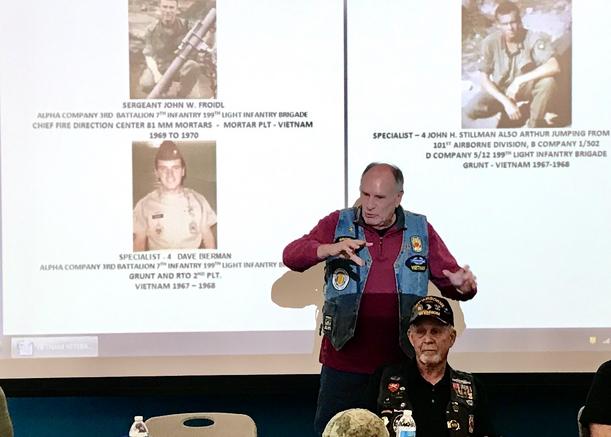 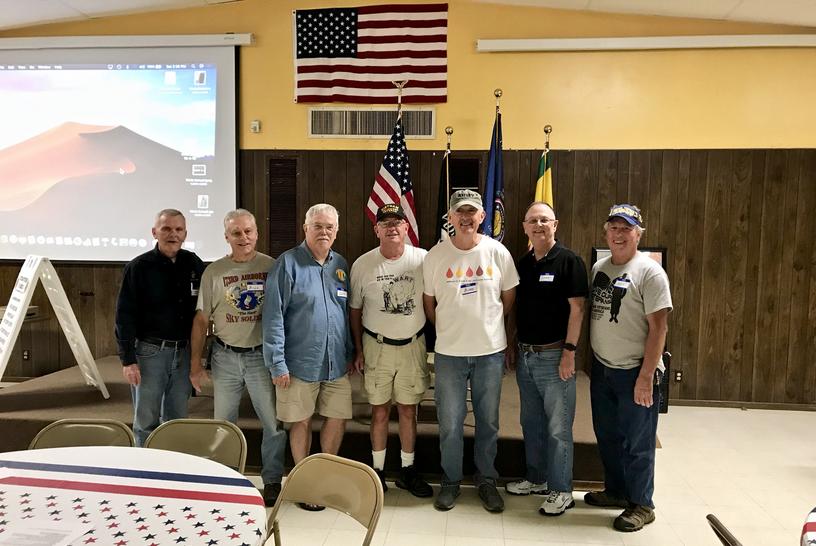 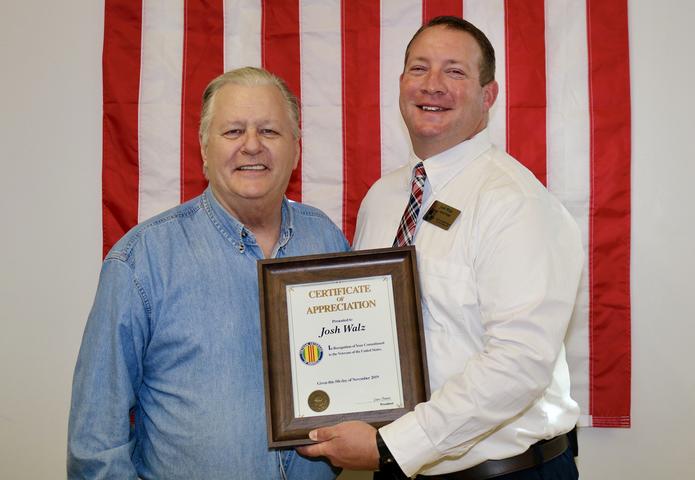 Greeting from Hill 37 in Vietnam 1969, from member Gregg Follmer